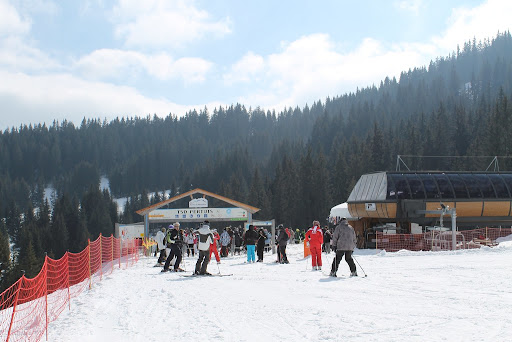 Combloux first appeared on parchment paper in 1284 sealed in wax with a wolf head stamp from which must come it’s etymology CUMBA LUPIS, « la combe aux loups » or the valley of the wolves.

A few milestones
Located on an ancient Roman road and then the track that joined Sallanches and Megève, the village of Combloux apears to have been inhabited since the XII century, when the Benedictines from Megève decided to map the area.

The Haute-Savoie, which has only been a department of France since 1860, was part of the grand dynasty of the House of Savoy with a succession of Counts, Dukes and then Kings of the Piedmont-Sardaigne region, the last of which (Victor Emmanuel II) became the first King of Unified Italy in 1861.

Farming
The village was essentially made up of farmers until a fairly recent time. In the XVIII and XVIX centuries, the village included 1 000 inhabitants which were called the "Comblorans". Agricultural resources were not enough for the entire population, theref…
Post a Comment
CONTINUE READING >
More posts